When a vehicle takes a curve, two forces are in play. One is motion and the other is the centrifugal forces. The latter pushes the car outwards and the tyres have the burden on them to maintain a steady movement along the curvy road. This is why if a driver makes the mistake of speeding at this point, the tyres will gradually lose their grip on the road and begin to skid. Below are some tips for driving on curved roads:

Accidents would significantly reduce if drivers can slow down when approaching curvy roads or curvy parts of a road. While driving, watch out for signs warning of a curvy road ahead, so that you will have the opportunity to reduce the speed of your vehicle. Try to drive below the stipulated speed limit for safety reasons.

Not paying attention often leads to veering off the road while driving through curves. While driving, you should watch out for approaching vehicles as you round the curves. Some less careful drivers could be driving too close to the centre of the curve and put you in danger of a head-on collision.

Also, avoid steering off the road by taking a curve too wide. If you steer off the road, slow down and calmly steer back your car onto the road.

4. Accelerate Out of the Curve

You can apply the accelerator and increase your speed only after you have safely driven through the curve. It is not advisable to do this earlier than this, as you are bound to skid. 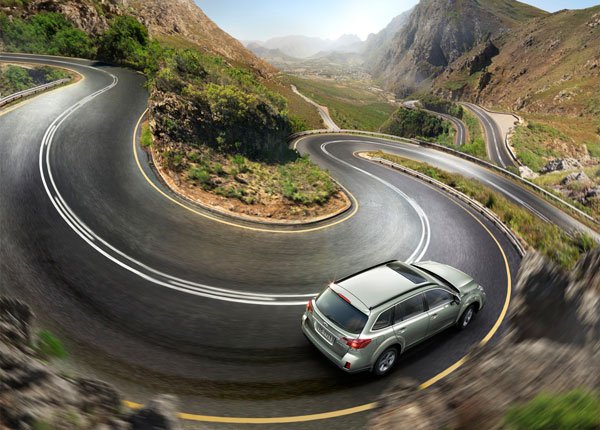 Tips for Regaining Control in a Skid

When a vehicle skids, it is moving on its own and not because of the application of the accelerator. While a car is skidding, functions performed by the accelerator, brakes and steering wheel become redundant. They do not work at this point and other normal functions are unlikely to work as well.

Therefore, if you find your vehicle in this situation, the first thing to do is to take your foot off the brake and gas pedals. This is because none of them will work at this point. Do not try to move your steering wheel too much as this may lead to overcorrecting the situation. Just place your hands on the steering gently.

Give the vehicle a few seconds to slow down before lightly applying the brake and steer slowly towards the proper travelling route.

Try not to make sudden movements while recovering from skidding. It is going to be a tough and frightening thing, but be calm and think clearly to stay alive.