Peugeot got the automobile world talking when it revealed its e-Legend concept designs at the Paris Motor Show in October 2018, featuring a fully electric drivetrain and autonomous technology, with a strong promise to appear in future models.

While concept cars are manufacturers’ way of showing their technological know-how and designs and future automobile plans, which are most times not implemented, the Peugeot e-Legend held viewers spellbound. The interest shown in the car has led thousands of car lovers the world over to sign online petitions calling for the company to produce the car as soon as possible. Below are five cool things about the Peugeot e-Legend:

Although inspired by the Peugeot 504 Coupe, the Peugeot e-Legend has some of the most modern styling cues, such as a 100kWh battery capable of returning 370 miles of range.

The battery is designed to charge rapidly at 80% within 25 minutes. Though this prediction is acknowledged by the company to be all theoretical for now, it, however, states that it is their plan to make it a reality in no distant future.

The two electric motors – one for the front wheels and another for the rear – installed in the Peugeot e-Legend give the car a combined 456bhp, with 0-62mph. This means it takes the car less than four seconds en route to a top speed of 137mph.

The car has four driving modes; two autonomous ones seeing the steering wheel retract into the dashboard and opening up access to a 49-inch curved widescreen display. 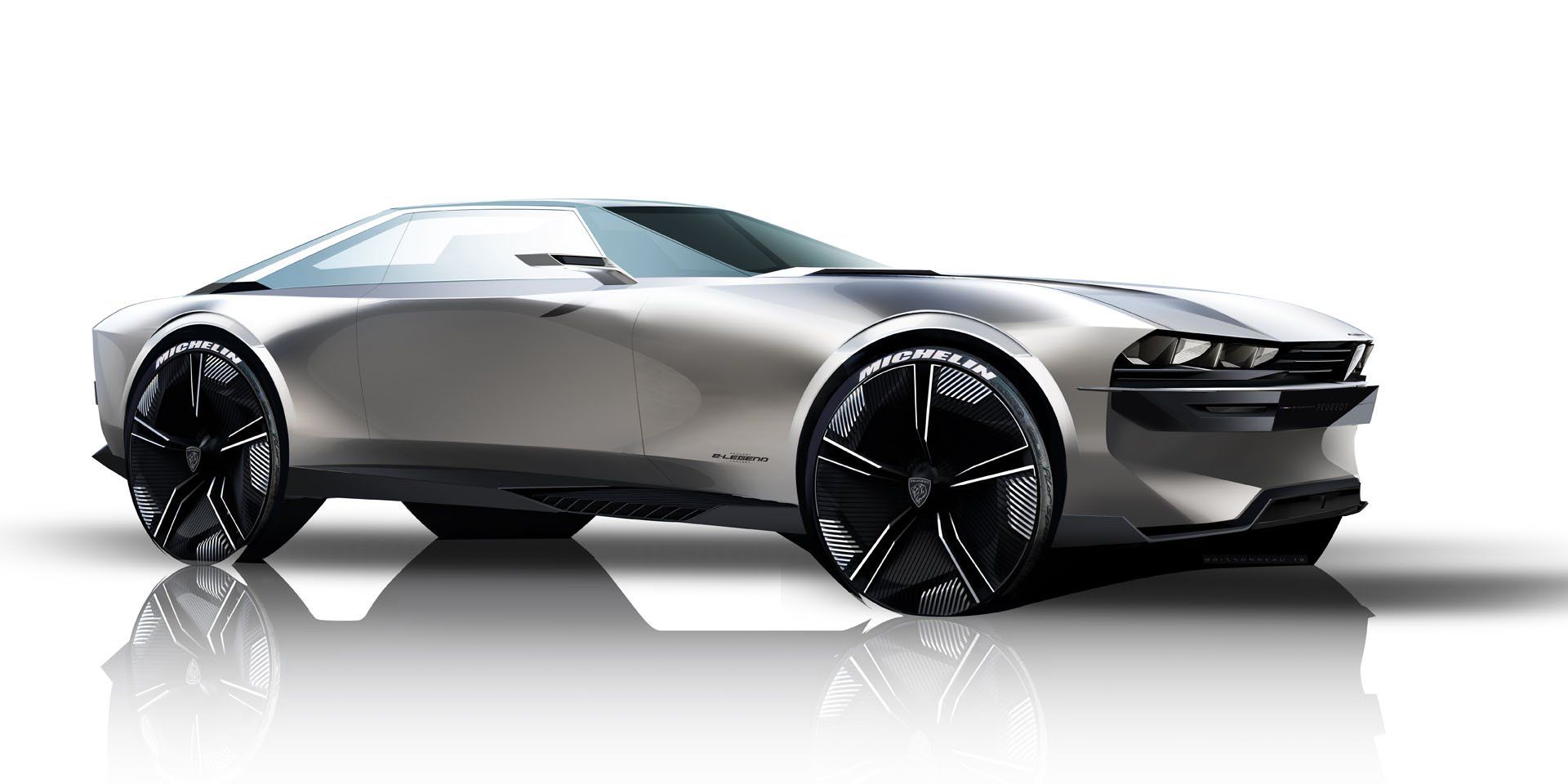 With doors that are touch-sensitive, the Peugeot e-Legend aims at incorporating the full weight of artificial intelligence in this design. The doors open automatically by placing your finger on the B-pillar. Inside, the enormous space is noticeable.

As an electric vehicle, there is no need for the usual intrusion that is caused by the presence of an engine in a car. Therefore, the front footwells are free and stretch out interminably.

However, there is nothing exactly thrilling about the interior of the e-Legend. The steering wheel is unnecessarily angular and every flat surface seems to have been slapped with a display. The electric vehicle has a total of 16 screens and a 12-inch screen in each sunshade. 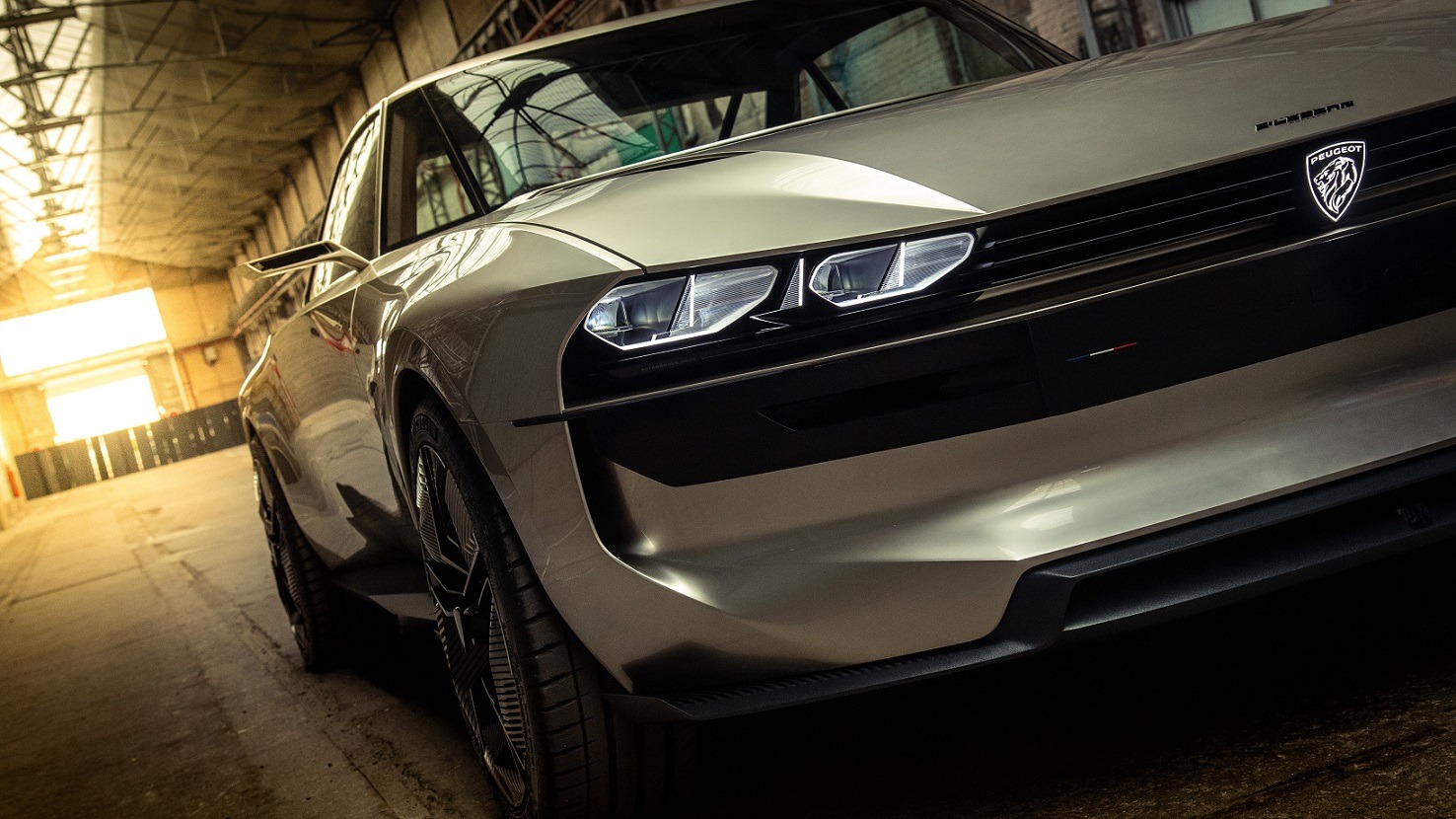 There is a huge 49-inch display in the footwell for drivers and passengers to watch a movie, visit social media sites and play certain games like the arcade.

There are digital screens instead of traditional sun visors. There is a central touchpad between the front seats housing the entire car’s functionality, including Level 4 autonomous tech.

The Level 4 autonomous tech can make the entire dash rise up and retract the steering wheel as if it was never there. The pedals can also recede into the floor to make more space available for the legs. These functionalities are second to none in the history of car designs.

The Soft mode reduces distractions and disturbances to a minimum, and the Sharp option would be a nightmare scenario of ‘maximum connection to your digital activity’ like social networks.

If the car is not in use, you can put it in Legend mode as default, with a Boost mode that restores the car to driving excitement.

The Peugeot e-Legend has a false front grille that is a reminder of the past. It is illuminated with Peugeot badges, announcing the status of the concept status.

Side mirrors are replaced by cameras and are displayed on small screens at the bottom of each C-pillar. Aluminium beams, in black, serving as bumpers, give the rear and front end of the car protection.

The e-Legend will be fitted with its own custom scent as well. The car manufacturer is in collaboration with Parisian parfumerie Ex Nihilo to develop a custom scent for the e-Legend.

Final Thoughts on the Peugeot E-Legend

Electrical vehicles have a little more positive impact on the environment than conventional cars. While conventional cars are roughly three times more expensive to fuel, they also emit more CO2 than electric cars. The Peugeot e-Legend was designed to be a car that everybody would want to drive. Through a combination of their past successes and the changing technology, Peugeot has been able to draw out a car for the future.

The premise for this car is that you do not have to compromise on anything.