One of the scariest things you can experience as a car owner can is to have your car going up in flames. Car fire accidents are common but quite avoidable. Such accidents can be triggered a range of factors; from manufacturer’s design flaws to user’s neglect of electrical and mechanical problems. 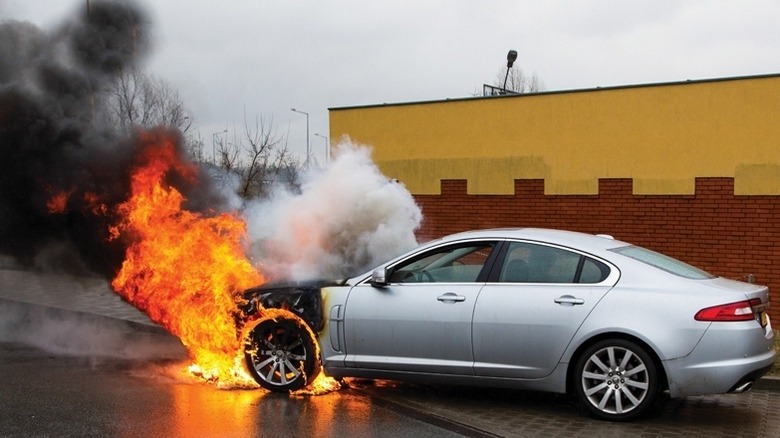 This a common cause of car fire accidents. Fuel and diesel are highly flammable and become dangerous when exposed. Fuel leaks are especially a great danger. Even when external factors ignite a fire within a car, the fire becomes overwhelming as soon fuel interferes.

It is normal for the catalytic converters to generate heat. However, it becomes a grave concern if it starts to fail due to excessive amounts of unburned fuel. The misfiring of spark plugs or a leak in the valve could lead to excessive unburned fuel.

Some car owners, in the name of customising their rides, buy after-market accessories such as stereos, security systems, head-lamps, and reverse parking sensors. While fitting these accessories into the car, there is a possibility that the worker may snap a wire and this may go undetected until it short circuits.

Many car owners are only concerned about fuel leakage when there is a fluid leak in the car. What they probably forget is that there are other fluids that are not as flammable as fuel, but could still whip up flames. Coolant, brake fluid and windshield washer fluid are renowned for their ability to ignite a fire if put close to a condition that encourages it.

So, don’t ignore any fluid leak from your car because you don’t consider it to be the same as fuel. If there is a leak, have it checked, regardless of the type of fluid that it is. 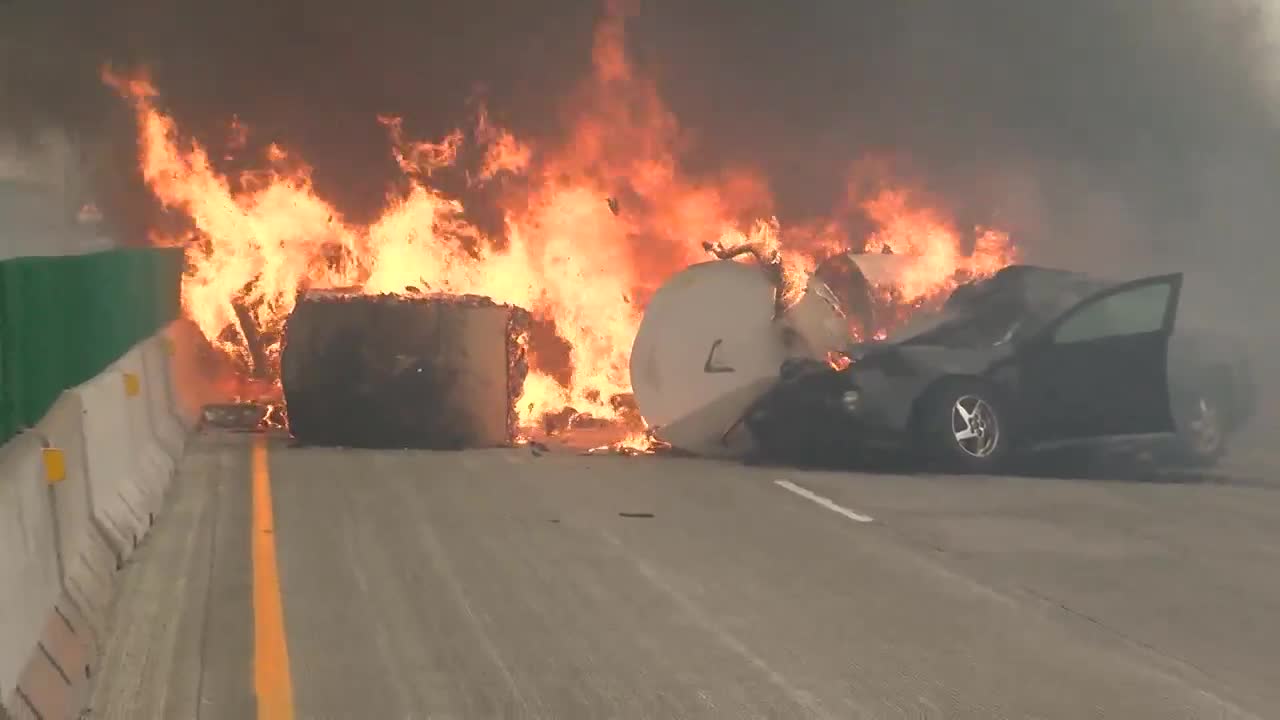 Although overheating alone won’t set your car up in flames, we cannot say the same about its effects. Overheating leads to a chain reaction that involves internal liquids boiling as the engine overheats. This could lead to an overflow of fluids to other hot parts of the car; giving off a spark and eventually flames.

It is advisable to give the engine time to cool off once you sense overheating.

Electrical and mechanical failures are some major causes of car fire accidents. These include problems such as heated seats, heating systems, batteries and aftermarket accessories. Sometimes, a frayed, stray wire could portend great danger.

Beware of loose or cracked wires inside your car and if you notice anything out of place, spare no time in contacting your car technician. An electrical wire failure could cause a spark and erupt into a full-blown car fire accident. All that needs to be present is a worn-out wire and a hydrogen gas build up along the engine bay. The car can go up in flames once the spark connects with leaking fluid, such as fuel.

Auto collisions can end in car fire accidents. This depends on the side of the car that was hit. For example, the petrol tank, if hit, could start leaking and eventually give out an explosive noise and fire.

Storing Fuel/Gas in Your Car

Have you ever wondered if it is safe to store spare petrol or fuel in the boot of your car on a permanent basis? Well, the answer is no even if it is in a metal container that has been solidly strapped in.

You should not forget that the petrol tank in a car is not in the cabin or boot. It is in the shade beneath the car and an accident might cause the container to rupture. 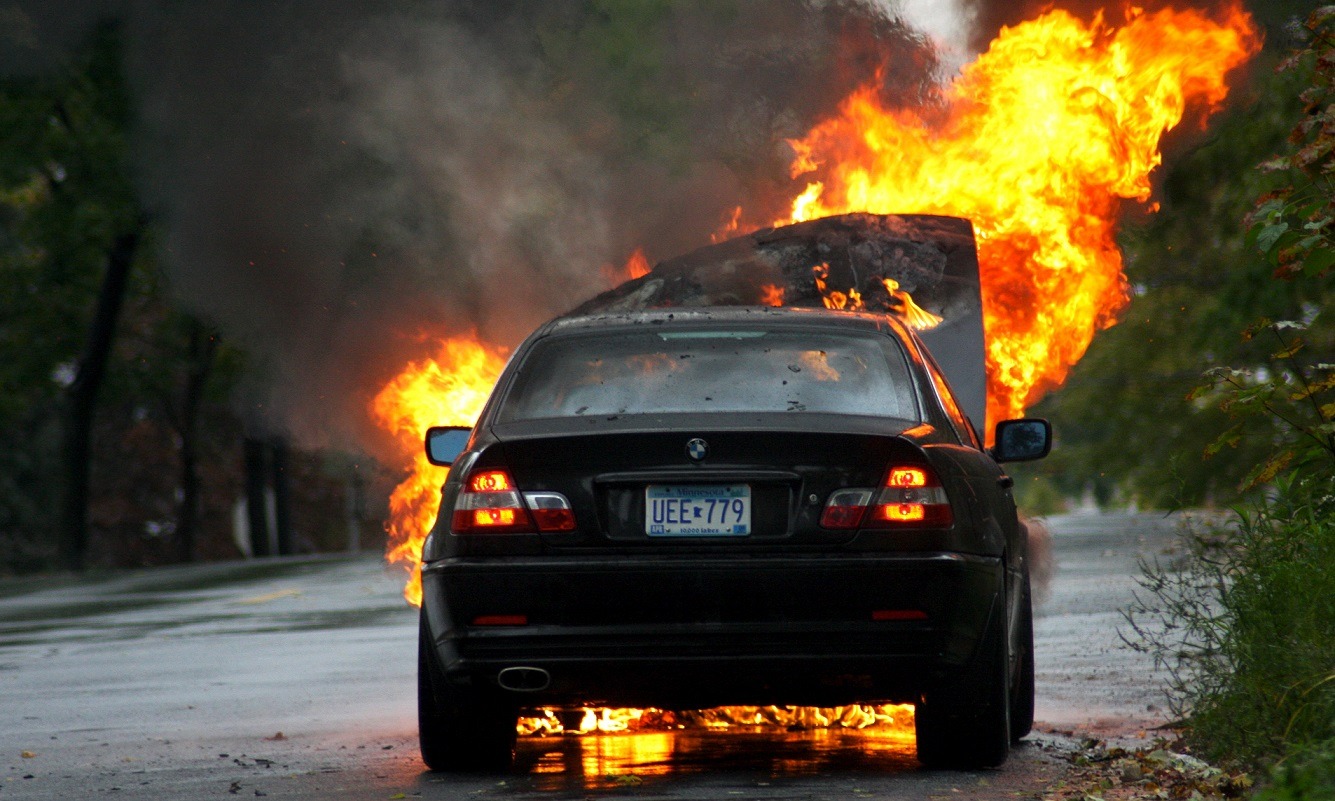 Prevention remains the safest policy when it comes to car fire accidents. The following measures will prove useful in preventing car fires:

Never joke with warning signs – For instance, an unusual noise from the engine, electrical problems, fuel leaks, and rapid changes in the fuel level. Also, look out for smoky engine, higher-than-normal engine temperature, vibrations or warning lights from the dashboard.