News reaching us from state sources have revealed that the Lagos State Government has banned the activities of commercial motorcycles also known as Okada as well as commercial tricycles popularly known as ‘Keke Napepe’ in some Local Government Areas in the state.

Gbenga Omotoso, the Lagos State Commissioner for Information and Strategy, confirmed this development at a press conference held in Lagos.

The commissioner made it clear that with effect from February 1, 2020, the ban will affect the following Local Government Areas and Local Council Development Areas: 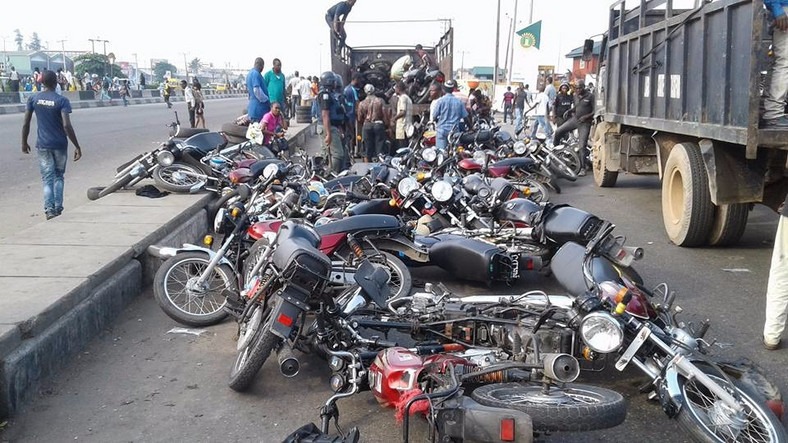 According to Senior Special Assistant (SSA) to the Lagos State Governor on New Media, Jubril Gawat, for a greater Lagos, these decisions had to be made.

For people asking: “What of Opay, Gokada and the rest, are they part of this?” The Lagos State Government says, “YES! All forms of Commercial Motorcycles are included.”

Also, for people asking: “What of Alternatives?” The Lagos State Government says, “Buses will be rolled out for these areas but the first thing is that transportation has to be SAFE & those areas will be adequately covered.”

For People asking: “What of Opay, Gokada and the rest, are they part of this?”